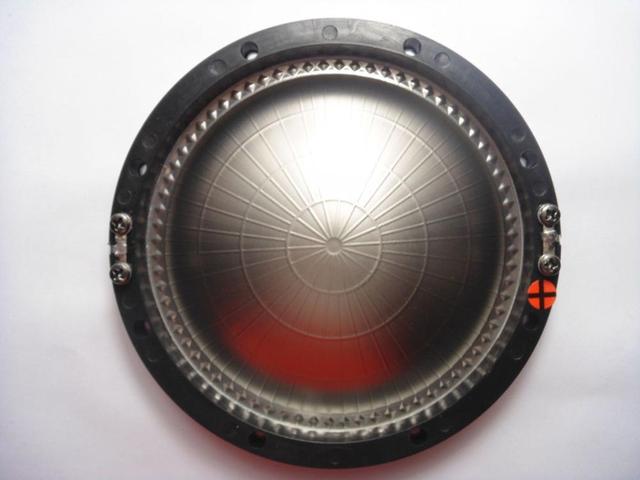 I want good low end and not have to use a sub. Also should I run the horn down to Hz? I supose that depends on what woofer I use. Any Ideas would be great. My preference leans toward those types of drivers vs in my living room. 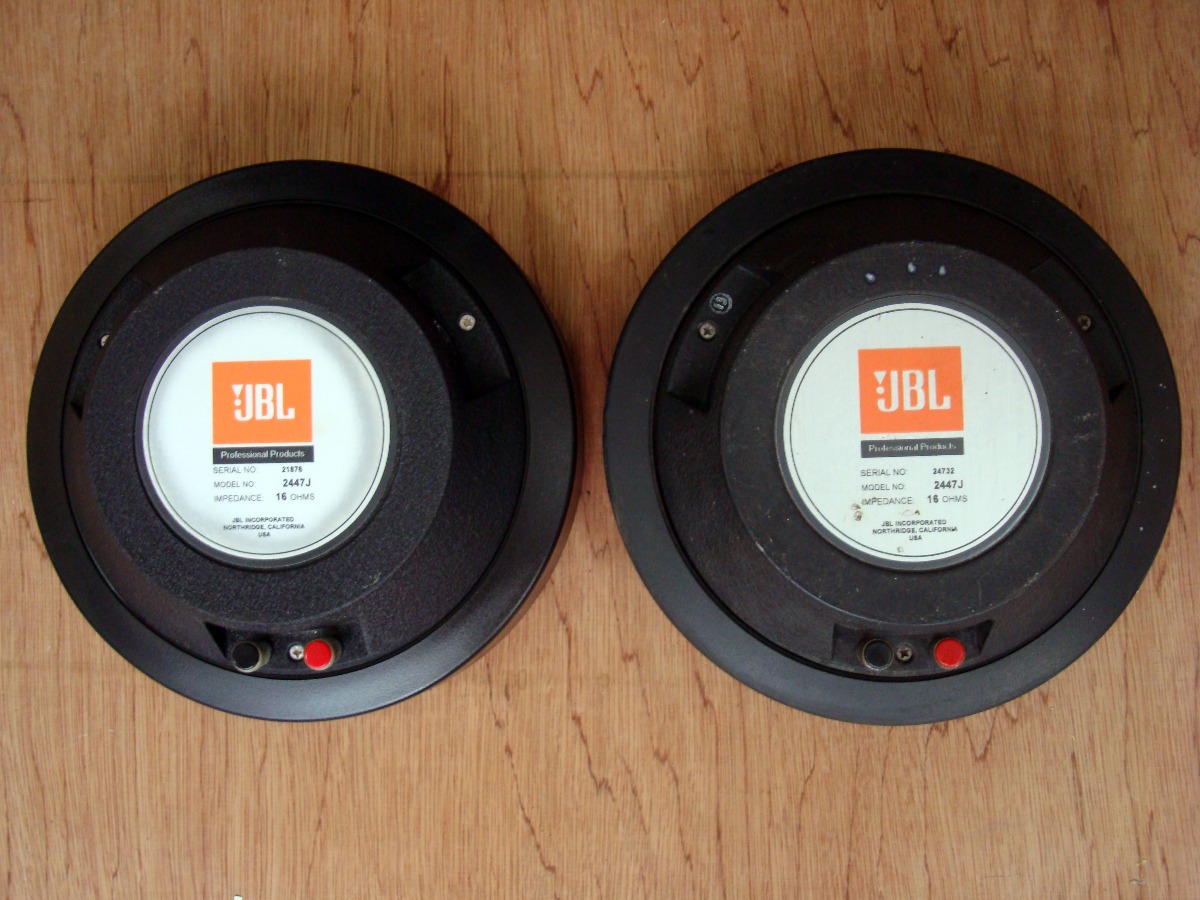 I’d also suggest you try a crossover range Hz, even with the large diaphragm driver. Due to their relatively short height, those horns lose control of vertical dispersion below They do better in the horizontal plane, but lose control below about Keep going down in xover freq. What’ll happen is they’ll sound “Honky” as you go down in frequency, beginning around 2KHz and getting worse as you go down.

The further up you go in crossover frequency, the “beamier the midrange gets. They horns output will spread out much more around the listening area than the mid, and it will sound really bright and “honky”, especially when listening from a position off to the side instead of directly in front. If you run the mid to horn crossover frequency to too high a frequency, the upper mids from the cone will sound weak, particularly listening off-axis; cross over too low, then turn down the horn to match the dark-sounding mid, the highs above.

It’s a juggling act I just hate to let it sit around. Maybe I will just pair them back up with the Gs for SR use. Give ’em a listen. Depending on what you had before, they might be the best thing you’ve ever heard!

There is no perfect driver; believe me I know. You just gotta know how to work ’em. Zilch knows these drivers too; start reading his related threads from the last three years.

More than you need to know right there. How were you going to cross them over and EQ them? If you’re a tweaker, you could go from there. Zilch has been using one for a couple years now. To clarify, don’t cross them over below about 1. And definitely don’t run them down much below Hz- the horn will not load the driver properly. While jb unlikey you jl stand the SPL it would produce before damaging the driver in your home, the frequency response and dispersion down low like that would be crazy, especially when you factor in 2447h reflections, unless the room is really “dead”.

But since you have them, try it out. If you stil have them in the factory cabinets with thehook ’em up! What do you have to lose? If the unit is biampable, try that too.

That way you’ll know what happens from crossong over higher or lower, and learn something about speaker design. Last edited by Rudy Kleimann; at I ran the horns down to hz at pretty low volume and yeah it was horible. I will keep them around to 1. The only reason I am going away from the G is lack of bass response. All I want is a slaming home speaker bjl will flat out just get loud and have low end. Stiff and foam surrounds are more or less contradictions, but the spider inner suspension at the Voice coil is part of the picture.

Myself, I have a pet project I’m going to build one of these days using a H from A don’t sound so spectacular above 8KHz, so I’ll need jb to finish off the top cleanly to beyond 20KHz. I have everything except the very top already. The bottom end is another question altogether for me too. I have some JBL cabs with dual 15″ ‘s from a movie 2447m, made out of particle board, which would easily be destroyed using them for PA gigs. The holds its Vertical and Horizontal pattern control extremely well down to below 1KHz, and fully loads the driver down to below Hz.

I may even be able to run a pair of 15″ or the right 18″ up to meet the horn and end up with a three-way system, which would simplify design and tweaking considerably. I too have a couple DriveRack PA’s and the mic, and plenty of amplifiers to do the job. Originally Posted by Rudy Kleimann.

Please update your browser to use Reverb

Less work, less transition problems between drivers at crossovers, all that. I expect it is a Neo magnet, but is the phase plug different too? Can I expect nearly the same performance with the H-SL diaphragm in my motor assy?

If not, have you tested this combination and compared the two? I’d love to find the one driver that could carry from 1. I cooled off on this project after getting burned on ebay last year for three HPL’s by the same seller that burned fellow German LHS member rs You may recall my PM’s to you about this On paper, at least, it was much better than the orbut still fell short of 20K.

The H-SL sounds alluring The sum total of my experience with s is measuring several for Johnaec, who turned me on to s in the course of doing that. I put H-SLs on them and didn’t look back. One of the first things I did was mount them on H, a most memorable episode in these forums. Seems like Subwoof is the member next most familiar with using them here. I’ve posted most of my work with them in other threads, and “Search” should find that easily Would my problem be solved with aquaplas diagrams?

In what I can read if changing the diagram in to aqua it would sound like a sl? I can get D16RND aquaplas for that fit my for right price. I quote zilch in this tread: I’ve run them on andand both of those combinations are top tier, in my experience. Originally Posted by Zilch. Hi Club I suspect that your goal wass to build a two-way system 5 years ago.

I congratulate you for wanting to make simple, vs the trend of 4 ways speakers ;- After years well, decades of experimenting, I think I found my new resting place. I built a two-way system a few months ago and I can’t stop being impressed. I currently run a JBL horn and driver from Khz and up. At the bottom, the current set-up consists on a JBL It sounds great when properly equalized at its bottom end.

Ideally, it should be replaced by a two or The ideal system would therefore be two 15″ woofers and jgl horn and 2″ driver.

Two-way system usually sound thin. This one is literrally a wall of sound, thanks to the big horn. To help the bottom end 20Hz to 50HzI run a sub. But if I had two or per cabinet, I wouldn’t need the sub. My enlish is not the best so im not sure I understand what you mean.

I use them for HIFI at home. Will the aqua help me? The driver should jbk like a ibl with that I think.

Originally Posted by ivica. All times are GMT The time now is Extra Tabs by vBulletin Hispano.